The terraced plot lies on the eastern slope of the hill, enjoying a 15-km panoramic view of the city. The steep relief determined a laconic arrangement of three “containers” (60 m2 each). The guest “container” is located on the lower terrace, while the upper terrace is occupied by two other “containers”. The wooden bedroom “container” leans on the slope and rests on the metal “container” of the common day-time area. The layout of the house enables its 180-degree exposure to the surrounding space. The total glazing of the day-time zones enhances this visual experience connecting the ground floor to the terrace and the garden. The boundary between the inner premises of the house, the beginning and the continuation of the landscape are vague and undetermined.

The house is located within a rather chaotic and mixed-scale development, which defined its withdrawn and introverted character. Open “summer rooms” are extensions to indoor living premises, creating seamless united spaces, visually impenetrable for the neighbors. The three terraces of the house descend the landscape, being united by the horizontal line of the roof. The sloping terrain causes the gradual increase of the volume, unfolding the entire narrative of the house: from the entrance and low minor premises on the street level to a spacious common living room. The central hall is the core axis that goes through all the indoor premises. The overhead opening invites daylight into the house.

The project celebrates the old modernist idea of the total penetration of internal space into the exterior. What lends Yaske its quality, however, are not only the fully glazed façades of the rectangular ground-floor volume (toilets, kitchen and service rooms being the only interior areas hidden from view), but rather the striking contrast between the gentle transparency of this volume and the monumental impenetrability of the surrounding buildings. This total transparency – extending to the smallest detail in the interior including plastic stools and the almost invisible needle-like legs of the tables – turns into something completely different with the coming of evening, as the internal space of the sushi bar is flooded with the bright light of the lamps. Then the glass walls turn into screens which reflect every single thing and person inside the bar. In contrast with indistinct masses of the surrounding buildings, the bright lantern of the bar seems to live in the darkness of the night.

Born in 1966, Oleg Drozdov obtained a degree in architecture from Kharkiv University of Civil Engineering and Architecture. In 1997 he founded “Drozdov&Partners” which is now one of the leading architectural offices in Ukraine. Over twenty years of its history, around 200 projects have been designed and many of them have been built. Among some of the most significant realized works, it is worth mentioning the revolutionary Yaske sushi-bar, Platinum Plaza office center, Ave Plaza commercial complex, Heirloom and Carat apartment houses in Kharkiv, as well as a number of family houses in various cities of Ukraine. Some of the most remarkable events in recent years have been the first prize in the Design competition in South Korea, the project of a cultural centre in Lviv, and the construction of Teatr na Podole in Kyiv. Besides design activity, Oleg Drozdov and his team constantly initiate and take part in various public and educational projects. He has been a guest lecturer in a number of universities, both in Ukraine and beyond. Finally, “Drozdov&Partners” takes a pride in being an educational platform for numerous interns and young architects who embark on their professional career in the office, gain experience and eventually start their own practices. 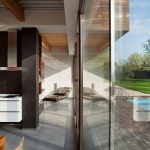 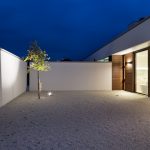 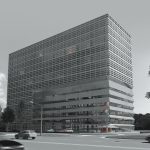 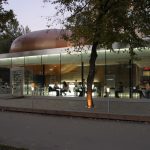 All sessions by Arch. Oleg Drozdov